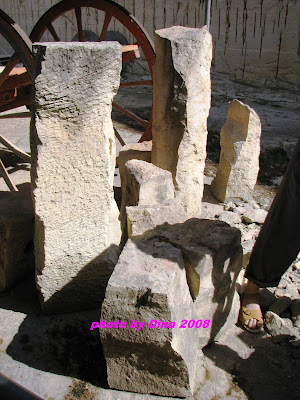 For the next few days I will post photos of a tour I took myself last week at the Malta Limestone Heritage. Details regarding this place will follow with the next posts.
Posted by Dina at 7:45 AM 6 comments: 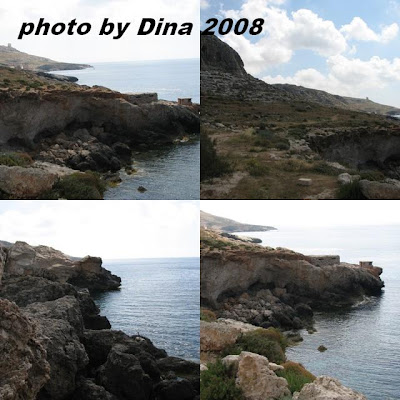 Here are some more of the photos I've took last Friday on my morning photo expedition.
Posted by Dina at 7:11 AM 2 comments: 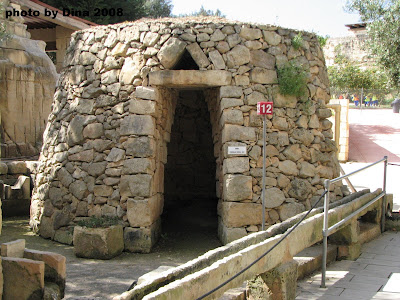 This is stone shelter, with wall enclosures for organising animals. 'Il-Girna' was also used by the farmer to store in the tools. Construction is mostly truncated cone, with roof of gravel, with capstone on the top.
Posted by Dina at 6:40 AM 3 comments: 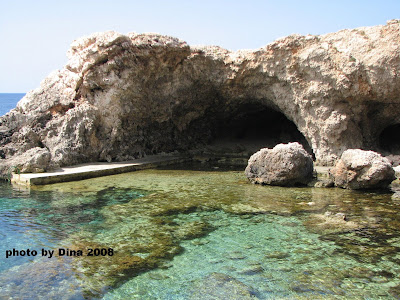 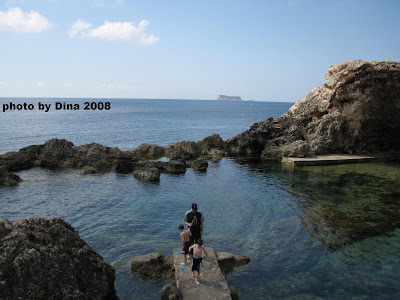 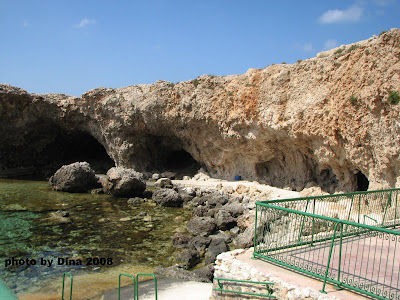 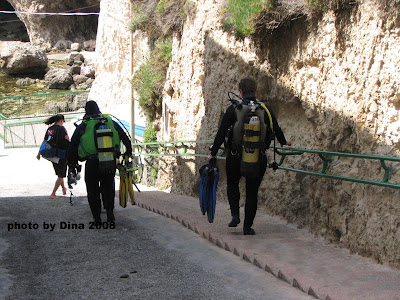 In the Maltese language 'ghar' means cave. Access to the water is easy. Within a few strokes from the entry point is a shallow system of underwater caves lit up with beams of sunlight from the numerous exits. The Ghar Lapsi area is mostly in the 15 to 20 metres depth range and offers a large area of parallel reefs and depressions with most of the typical marine fauna of the Mediterranean.
Posted by Dina at 7:36 AM 7 comments:

Sites in Malta for the 'Cliff Hangers' 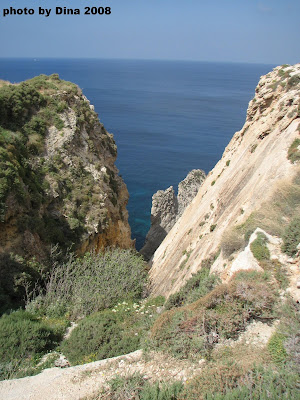 Malta - blessed as it is with incredible stretches of Lower Coralline limestone cliffs, resulting from faults that occurred thousands of years ago. Its entire south coast is composed of cliffs that can either leave visitors awestruck, or inspire them to summit these rocks and overcome their intimidating majesty.

This is one of the many shots I took yesterday of our coast. Rock climbing in Malta is similar in capacity, in terms of the availability of cliffs, to diving. There was a group of climbers who had just finished. So I was a bit too late to get some shots of them going up and down this cliff. Well better luck next time!!.
Posted by Dina at 7:34 AM 4 comments: 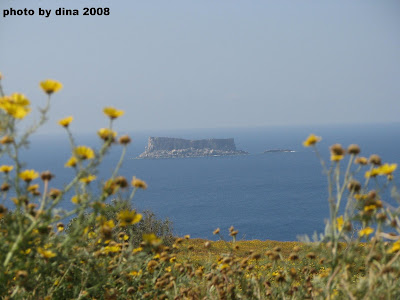 As part of a Friday Skywatch theme today I am posting a photo which was taken this morning by myself on a tour I took around part of the west coast of Malta. I must admit that this part of the island is fantastic for some scenery photos.

Filfla is a small, uninhabited islet 5 kilometres (3.1 mi) south of Malta, and is the most southerly point of the Maltese Archipelago. It belongs to the town of Żurrieq [1].

The name is believed to come from filfel, the Arabic for a peppercorn.

It has an area of just 6 hectares (15 acres) and is a crumbling flat-topped limestone plateau surrounded by 60 metre high cliffs. The only known permanent structure on it was a chapel built inside a cave in 1343, which was destroyed by an earthquake in 1856 that also sank part of the island. Until 1971 the Royal Navy and Royal Air Force used the island for target practice. It became a bird reserve in 1980. The Filfla Natural Reserve Act, enacted in 1988, provided for further restrictions on access and use, including a prohibition on fishing within a nautical mile (1.9 km) around due to the possibility of unexploded ordnance. Three species of sea birds breed on the islet: the European Storm Petrel (c.5,000 pairs), Cory's Shearwater (c.200 pairs) and Yellow-legged Gull (c.130pairs). A type of wall lizard (Podarcis filfolensis ssp. filfolensis) and door snail (Lampedusa imitatrix gattoi) are endemic to Filfla. A large wild leek, growing up to 2m high, also occurs. There is a small rocky islet next to Filfla, called Filfoletta.

Access to Filfla is only possible for educational or scientific purposes and visitors must get prior permission from the Ministry responsible for the environment.
Posted by Dina at 11:52 AM 14 comments: 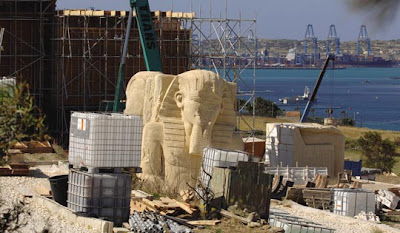 A set has been built at Delimara for the shooting of the ancient Egyptian epic, Agora, based in Roman Egypt in the fourth century AD.

In the movie, Oscar-winning actress Rachel Weisz plays astrologer-philosopher Hypatia of Alexandria who fights to save the collected wisdom of the ancient world. Her slave Davus (Max Minghella) is torn between his love for his mistress and the possibility of gaining his freedom by joining the rising tide of Christianity.

Directed by the 35-year-old, Oscar-winning director, Alejandro Amenábar, the movie is a uniquely European production. Agora, the period drama, is his second English-language film following The Others (2001), starring Nicole Kidman.

Photo and article taken from a local online newspaper
Posted by Dina at 7:43 AM 2 comments:

On my way home two days ago , Monday 21st I saw a plane about to land. I had to look at the plane twice as it was not an airline that usually comes to Malta. I found this strange and curious........... well I was right to be suspicious on board this plane which was on its way from Nairobi Kenya to UK a woman was about to give birth!!!

The aircraft had to fly low for a long time so that it reduced the large amount of fuel on board and so that the danger level is reduced.

As it stopped on the taxi way, an ambulance from Mater Dei was waiting for the plane to quickly transport the woman to hospital. 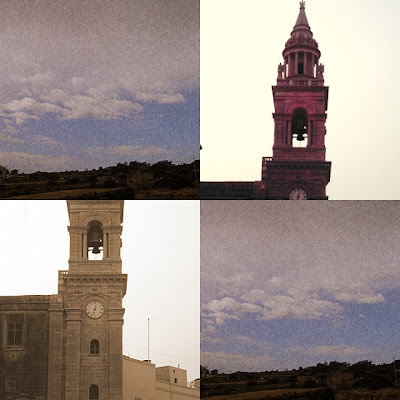 I wanted to post photos for sky watch. So after surveying through photos which I've taken this week, I've decided these photos qualify and hope that you enjoy them.
Posted by Dina at 6:30 PM 2 comments:

These fields are found across from my house, here's some shots I took whilst watching this man clearing the top part of his field. I say top because part of this field was once a quarry. 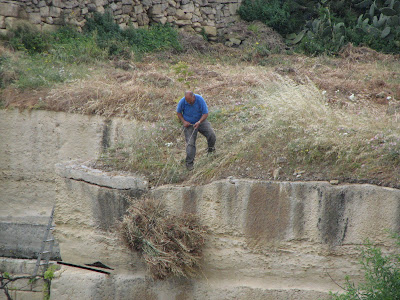 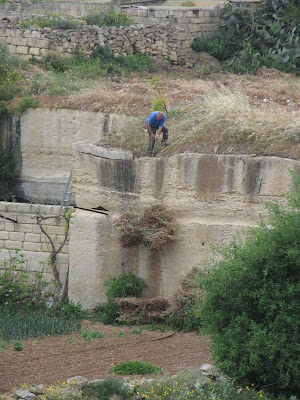 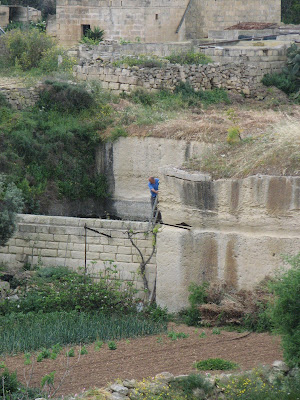 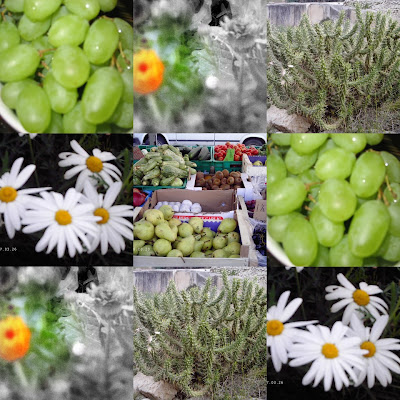 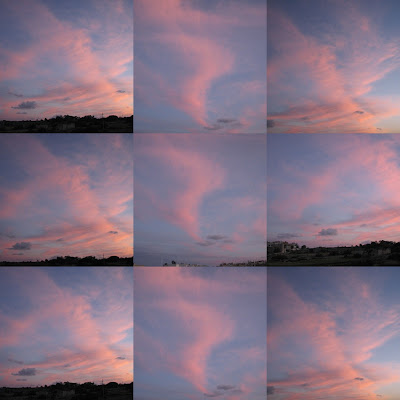 I love watching the sky when it has a pinkish tint. These photos were taken last Friday. The weather is switching into a warm spring mode here in Malta, however we have one day with perfect blue sky and not even a cloud to be seen the next day all grey but still warm. Friday photo theme for sky pictures is based out of WIGGERS WORLD BLOG www.womtig.blogspot.com
Posted by Dina at 7:27 AM 20 comments: 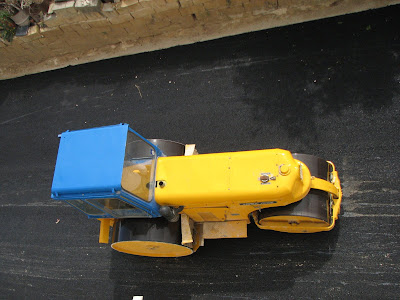 Finally our street is done and one can say we are now in 2008, because it felt and looked like we were still living in the old ages. Now all that's left is a dinner of etiquette and respect for the neighbourhood!
Posted by Dina at 12:05 PM 5 comments: 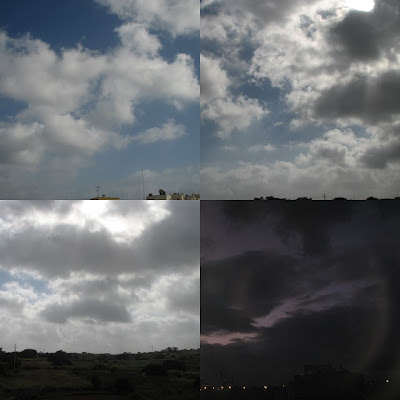 As part of Friday is sky day theme, today I am posting a photo collage with sequence, starting from yesterday evening top left and this morning bottom right. Friday photo theme for sky pictures is based out of WIGGERS WORLD BLOG www.womtig.blogspot.com.
Posted by Dina at 6:53 AM 4 comments: 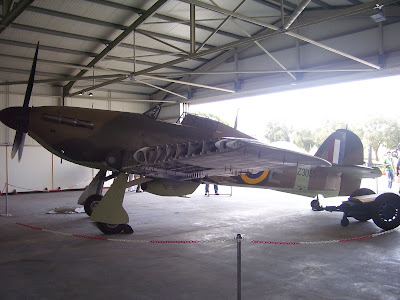 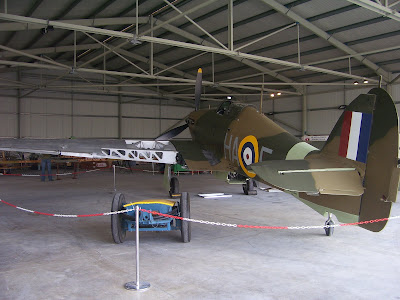 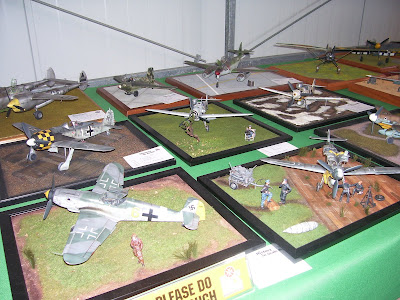 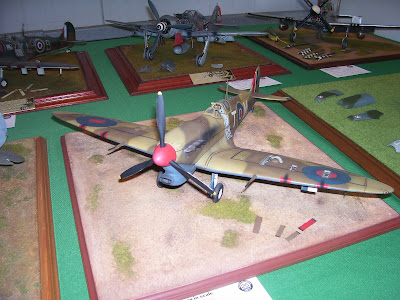 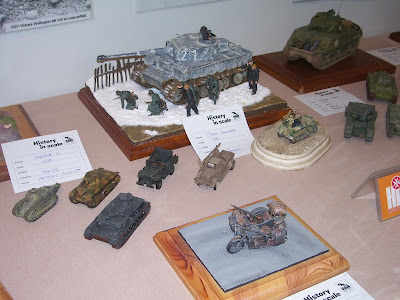 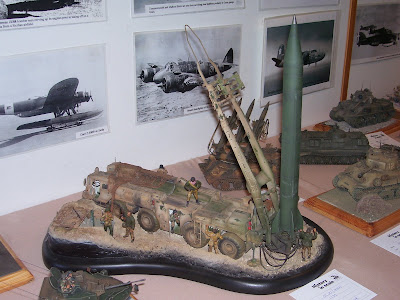 First of all I'd like to thank Dina for using my photos, and say hello to all fellow bloggers.

These are some more shots which I took at the Aviation Museum on Sunday, showing some models, (which I believe are privately owned), and were on display for this weekend.
Posted by marie6 at 2:02 PM No comments: 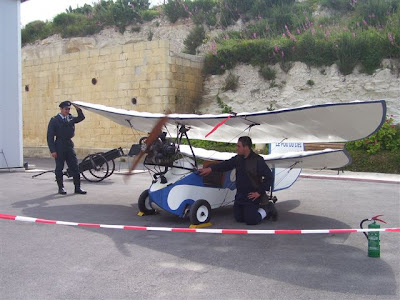 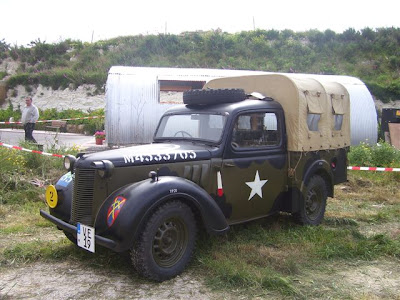 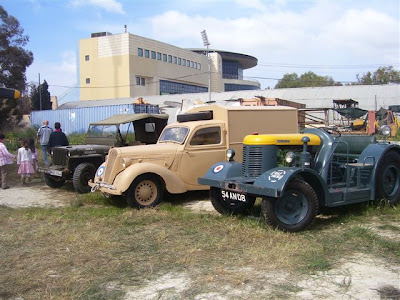 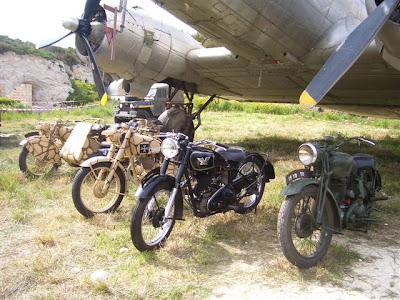 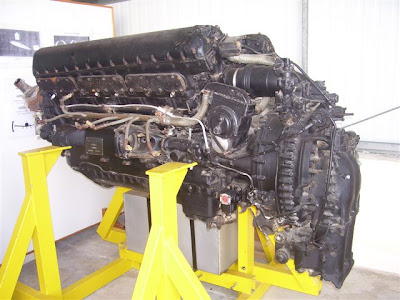