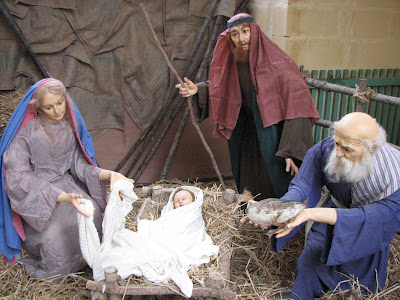 I take this opportunity to wish you all a very happy and blessed day and also let us not forget the reason of this very special day 'Happy Birthday dear Jesus' .
Posted by Dina at 1:04 AM 8 comments: 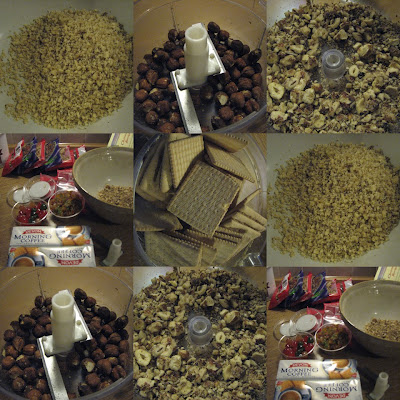 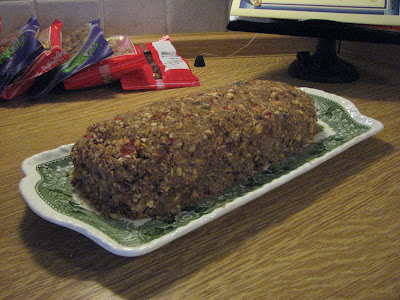 Today I am posting a photo of one of the most popular sweet dishes made during the Christmas period here on the Maltese islands. This is known as the Christmas log and it is very very sweet but also very delicious. There is still one more step for this log to be finished and that is to melt chocolate and spread it all over to decorate!!
Posted by Dina at 6:53 PM 12 comments:

some of the displays at ta qali last sunday . 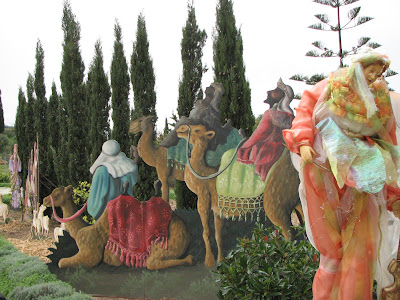 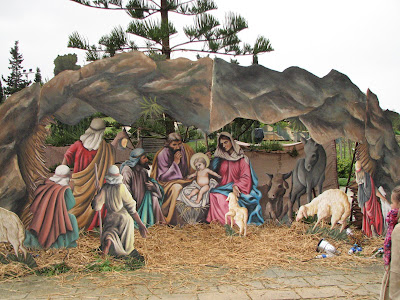 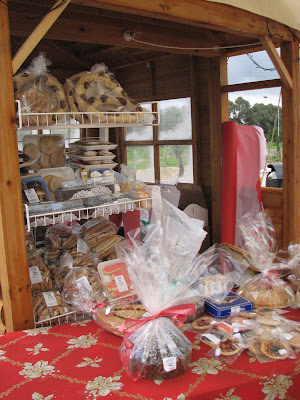 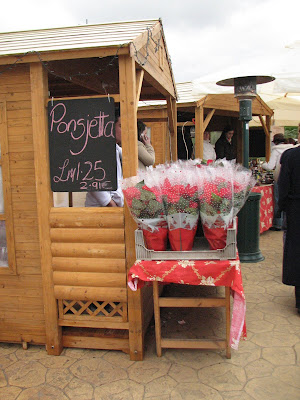 two of the stalls, one selling lots of Christmas related food and the other selling the Christmas plant 'poinsettia'.
Posted by Dina at 4:55 PM 3 comments: 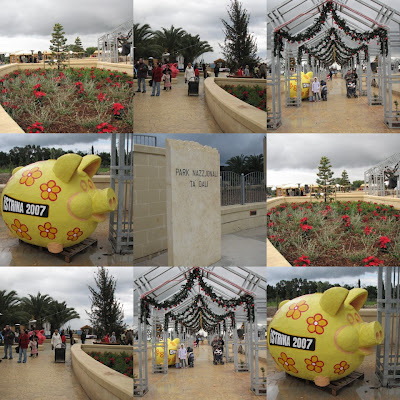 Ta' Qali is a village in Malta, situated 2km from Mdina, a wide open space in the middle of Malta containing the national stadium, the Maltese National Park and a national vegetable market which is locally known as the Pitkalija.

Shortly before World War II, the area was used to build a military aerodrome and a station for the RAF. During this time the area served as an airfield but has since been transformed into a recreational area. The area is small in scale but considered by some in Malta as an ideal place to go for a picnic and spend weekend afternoons. The National Park also includes an amphitheatre. A number of international concerts were staged at the Park, including artists as diverse as Status Quo, Deep Purple, Fish, Iron Maiden, Demis Roussos, Alannah Myles, Bonnie Tyler and many others. International artists such as Riccardo Fogli have also planted their own trees in the Park.

Ta' Qali still fulfils part of its former role as an air field but the only aircraft that take off from the greatly diminished landing strip are model aircraft, whose owners make part of a club located there. Today, many of the military huts and buildings have been converted into workshops where Maltese craftsmen produce their handiwork, and Ta' Qali Crafts Village has become an important tourist attraction. There is also a the Malta Aviation museum where one can find different types of aircraft related to Maltese aero history. Before being converted to a recreational park the air strip was used in the first car races ever held by the Maltese, nowadays the Assoċjazzjoni Sport Muturi has it's offroad tracks where it organizes its annual motorsport championship.

A christmas village has been put up for this weekend only. This morning I drove up there. It was a little bit wet but still had a good time and will be posting some photos of the village for the next few posts. 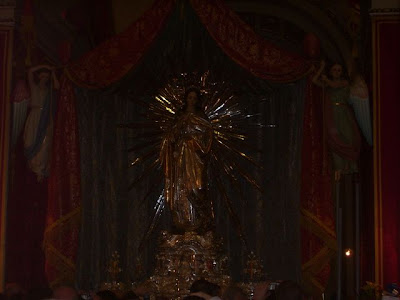 Inside the church of yesterday's post one can find the statue of the immaculate conception. 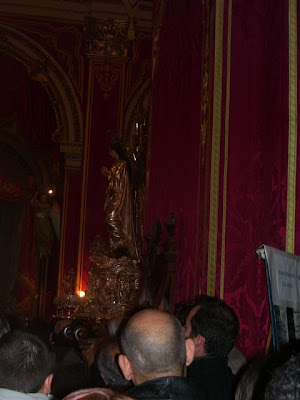 photos taken by Laetitia.
Posted by Dina at 7:25 AM 3 comments: 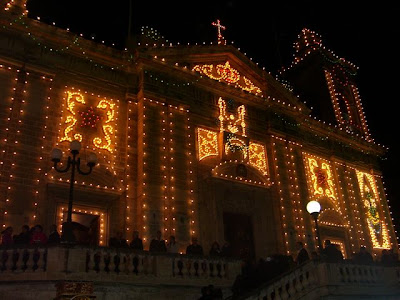 Cospicua (Bormla) population around 6,500. It is the largest of the Cottonera Three Cities and it is surrounded by forticiation. Originally a fishing village it's importance increased with the arrival of the knights of St.John.

photo taken by Laetitia
Posted by Dina at 10:17 AM 2 comments:

Away for the weekend! 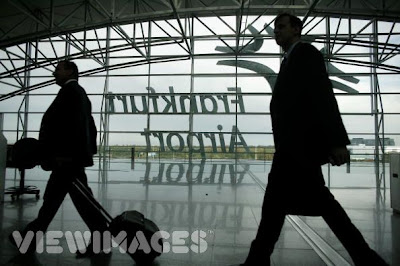 Today I will be flying to Frankfurt, Germany. I will be back Monday evening. I wish you all a pleasant weekend :) .

I take this opportunity to thank my friend Gabriella who will be helping my husband with the kids whilst he's still at work and Laetitia for a lovely Christmas log that I will be taking with me to give to my friend Sandra!
Posted by Dina at 6:41 AM 5 comments:

Here's a collage of photos showing some of the christmas lights displayed in Valletta. 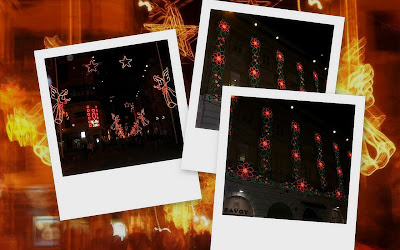 Photos taken by Laetitia.
Posted by Dina at 5:40 PM No comments:

Here are some more photos which I have taken at the cat show. I hope you have enjoyed this series of photos. 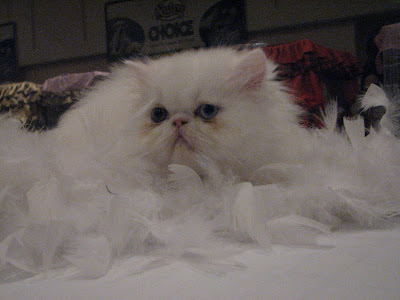 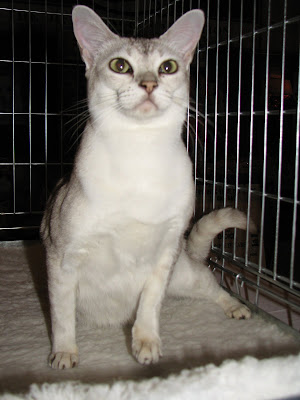 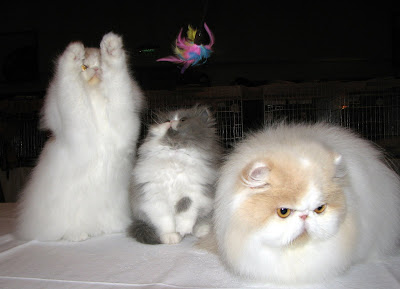 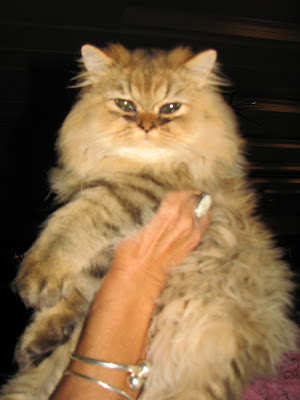 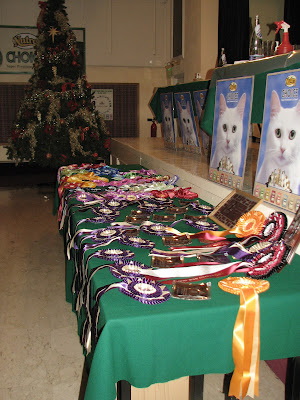 This little kitten whose name is Carabott I'm so pretty won best of variety , best in show kitten and judges special award. This beautiful kitten is also owned by Carabott Cats. So cute!! 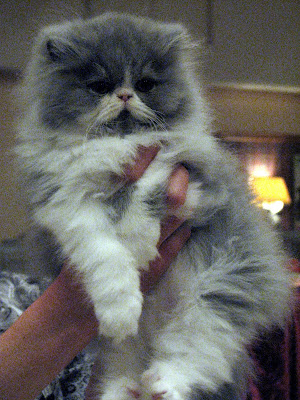 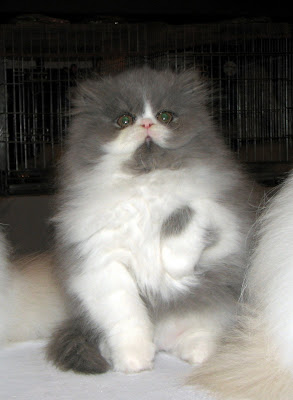 Presenting Scotty, an Exotic shorthair brown blotched tabby imported from the Netherlands, one of the cats exhibited yesterday owned by Carabott cats. 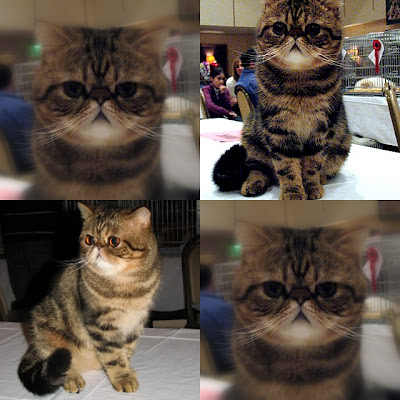 Yesterday one of my friends Mrs Keely Carabott exhibited her beautiful cats at the International Cat show which was held at the Corinthia Palace Hotel in Attard. For the next few days I will be posting some of the photos I took at the cat show. I must admit that it is not easy photographing cats, but it was fun and an experience for me.
Posted by Dina at 12:27 PM 5 comments: 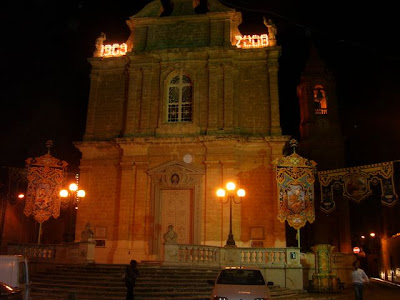 Details of the Ghaxaq parish church can be found on these websites: www.ghaxaqparish.org and www.sanguzeppghaxaq.com

photo taken by Laetitia
Posted by Dina at 10:45 AM 4 comments: 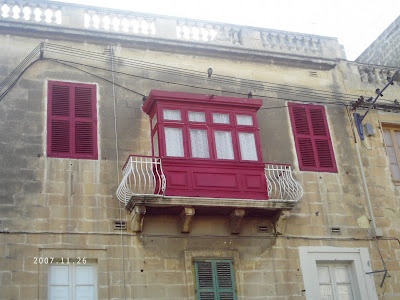