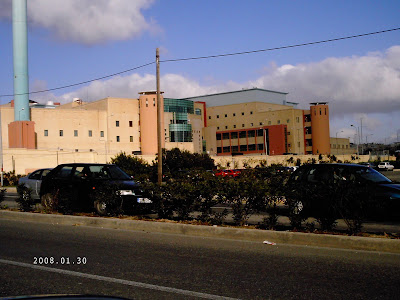 Mater dei Hospital is the new State of the art national Hospital of Malta. It opened its doors to the public for the first time in June 2007. The 250,000 sqm complex includes 825 beds and 25 operating theaters. Total investment on this hospital has reached the sum of 580 million Euros. (This photo was taking whilst I was driving yesterday morning).
Posted by Dina at 5:43 AM 1 comment: 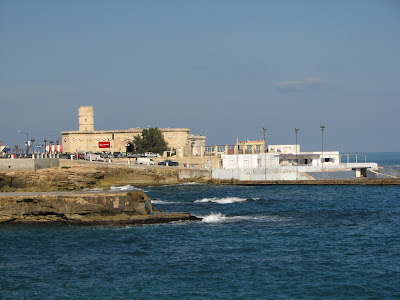 The building with the tower that you can see there, is the well known food chain 'TGIF'.
Posted by Dina at 6:20 AM 1 comment: 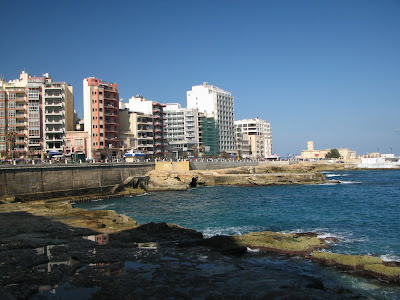 I have taken some shots of Sliema Seafront, and will be posting the rest in the next couple of days.
Posted by Dina at 6:40 AM 3 comments: 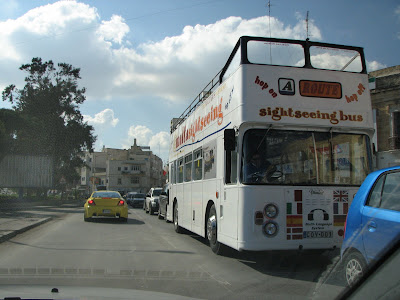 This is a fun and also a new way to tour our island. I have seen these buses lately and always wanted to take a photo but was never at the right spot or at the right time. Last Saturday whilst in traffic I managed to take a shot.
Posted by Dina at 5:25 AM 3 comments: 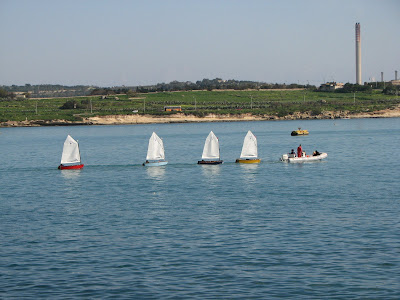 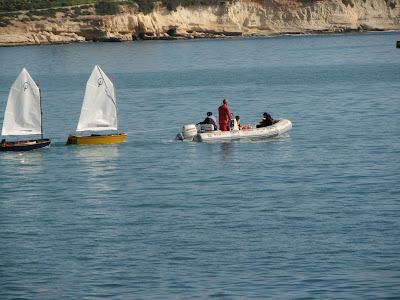 Yesterday morning on my way home the kids and myself spotted this activity going on. This time it is not fishing it is sailing, however I mentioned tailing and this is because I think they are from the sailing club and they are still learning! So to ensure that they are safe their learner has them all under his control !!
Posted by Dina at 8:21 AM No comments: 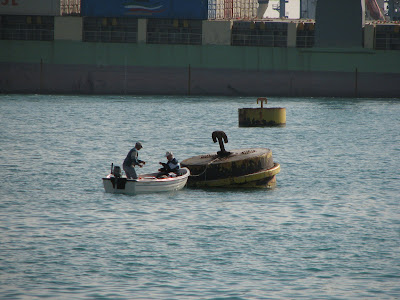 A while ago I was walking and this little boat caught my attention. They are actually fishing next to this large buoy. This is all taking place at birzebbuga bay.
Posted by Dina at 7:49 AM 2 comments: 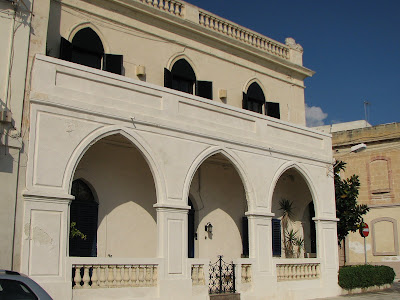 This house is one of the houses that are found along the birzebbuga front.
Posted by Dina at 6:46 AM 2 comments: 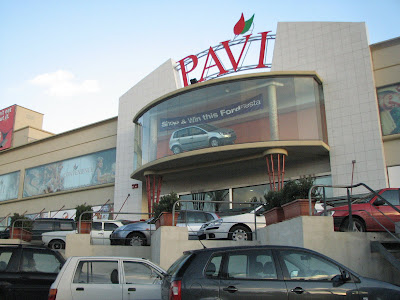 This supermarket is one of Malta's latest , it's big, it has lots and lots of varieties, including flower shop, book shop car wash, shoe shop, ATM service and more. It's my kind of shop , I like to go and shop here for groceries, fruit and veg, meat and fish too. heheheh :) I guess I should ask for advertising compensation now!!
Posted by Dina at 7:15 AM 3 comments:

The Malta Freeport at sundown 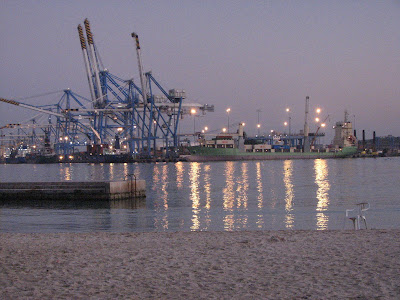 This photo was taken on sunday evening whilst the sun was kissing the day goodbye!!
Posted by Dina at 8:08 PM 3 comments: 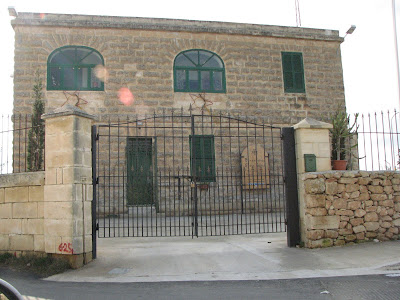 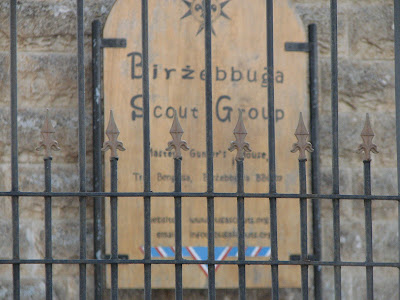 Sometime in 1943/44 Oscar Borg started the group. The first Scout meeting was held in 'Zebra Street' in the back section of what used to be the government school, which nowadays is the Seebreeze Hotel. If you would like to know more visit their website : www.bugascouts.org. There in the group page you will see some photos of our dear friend William who lives in Melbourne, Australia.
Posted by Dina at 8:22 AM 5 comments: 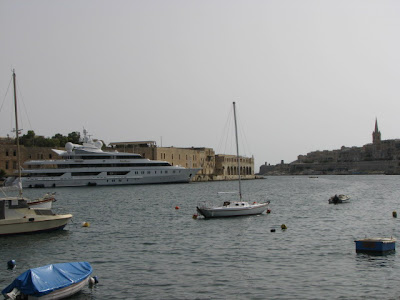 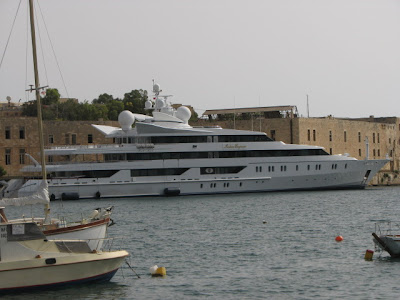 On September 17th I have posted these two same photos, the reason I am reposting these photos is because this superyacht was in the local newspaper yesterday.

The 95-metre superyacht Indian Empress has completed a general refit by the Melita Marine Group in Malta. During its two-month stay, the yacht had two of her three main engines and four generators overhauled and crew cabins and other areas refitted.

All aspects of the refit were carried out at Melita Marine and Malta Superyacht Services. Manoel Island Marina has become a regular port of call for Indian Empress.

“Over the past years, Melita Marine has earned a reputation for delivering a high quality service ,” said Pierre Balzan, Managing Director of Melita Marine. “We have invested in a solid service structure in Malta backed by our various offices throughout the Mediterranean and the investment is paying off."

Previously known as Al Mirqab, the Indian Empress was built at the world renowned Oceanco shipyard in Holland in 2000. It is one of the largest private yachts in the world, with exceptional standards and a capacity to reach a maximum speed of 25 knots. Formerly owned by a Qatari Royal Family, Indian Empress now belongs to Indian billionaire and entrepreneur Dr Vijay Mallya, chairman of United Beverages Group – a multinational conglomerate of over 60 companies, and owner of Kingfisher Airlines.


Dr Mallya is also a keen yachtsman and aviator and has won trophies in professional car racing circuits and horse racing.
Posted by Dina at 3:03 PM 2 comments: 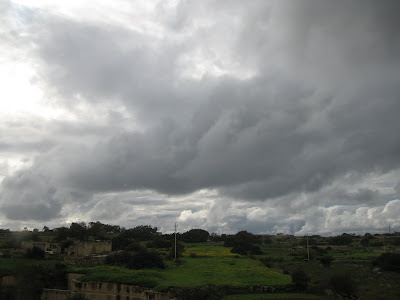 So far this winter has made up for the lack of rain we had in the previous winter. It is such a welcoming change to the heat.
Posted by Dina at 6:55 AM 2 comments: 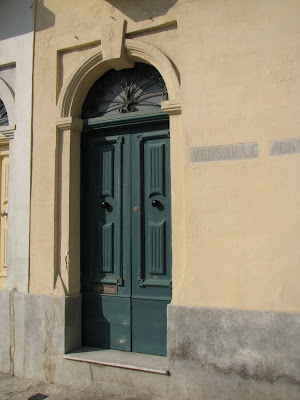 Fill up and heat up!! 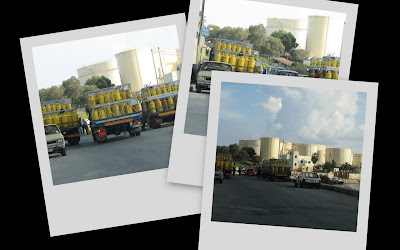 This is the place where the gas cylinders of the whole of malta and its islands get re filled. In the winter season there is a higher percentage of usage of these cylinders and this is due to the fact that in Malta it is not common to find central heating and the houses can get pretty cold so what do most of the maltese do?? Well they use these gas heaters to heat up a room.
Posted by Dina at 1:33 PM No comments:

As from January 2008, Malta has changed it's currency to Euros. So I today I thought of posting a photo of the Maltese coins including the Lira (Lm1) which have now been replaced by Euros. 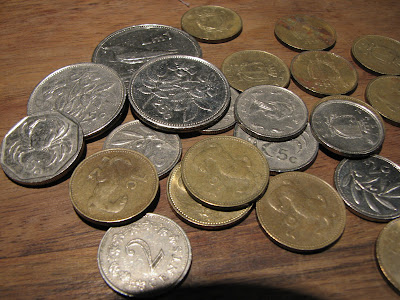 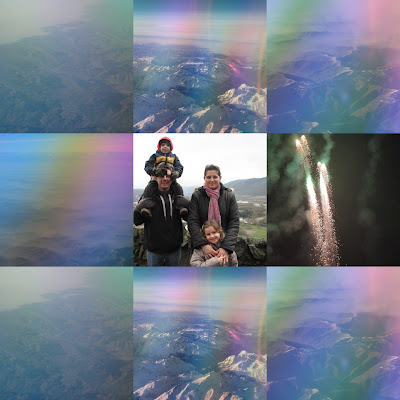