Mediterraneo Marine Park with its  variety of marine species has been one of Malta`s leading entertaining attractions for tourist and locals alike. In a tranquili setting offset by Mediterranean sea and gardens, Mediterraneo has created the right environment to reveal “the secrets of the sea”.


Besides Dolphins the park today boast a large selection of different species including Sealions, Parrots, Greenwing Amazons, Cockatoo, Snakes, Tortoises, Turtles and Lizards as well as a new collection of insects.
Posted by Dina at 8:45 AM 3 comments: 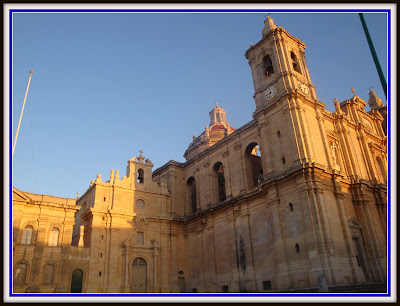 Żejtun is a medium sized town in the south of Malta. Żejtun holds the title of Città Beland, which was bestowed by Ferdinand von Hompesch zu Bolheim, Grandmaster of Knights of Malta in 1797, Beland being his mother's surname.


Żejtun takes its name from the Sicilian Arabic for “olive”- zaytun (comparable to the Spanish and Portuguese, "aceituna" and "azeitona" respectively), which was one of the main productive industries in Malta.  It is also known as Ħal-Bisbut, or Casal Bisbut.

In Medieval times the whole district around Żejtun, that is the southern end of Malta, was known as le Terre di Santa Caterina, ( Italian for 'the lands of Saint Catherine', Italian being the official language in the period). During this period a number of new villages such as Ghaxaq and Marsaxlokk emerged from parts of the Parish of Żejtun. In the medieval years Zurrieq was bordered by Zejtun because Birzebugia was part of Zurrieq and thats why they share the same patron Santa Katarina. most of these are today separate parishes.

The local militia regiment of Żejtun was one of the first to engage the Ottoman forces in the initial stages of the Great Siege of 1565, but the town continued to suffer attacks by Turkish pirates up to 1614, when an attack by the Turks was repulsed without aid from other militias.[citation needed] The town served a minor role in the French Blockade of 1799/1801 as a depot for soldiers. It was one of the first towns in Malta, outside the main fortified areas of Malta, to boast a Public Garden. This garden, the Luqa Briffa Garden, still stands today. It is named after a famous cavalryman during the Great Siege of Malta.
Posted by Dina at 8:09 AM 4 comments: 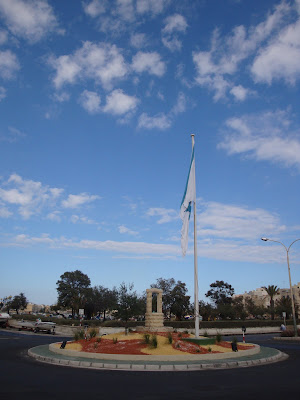 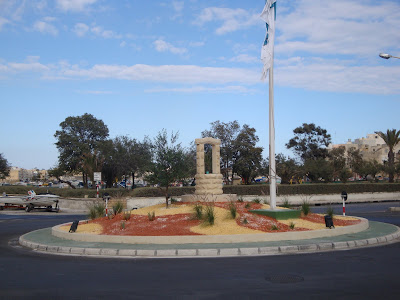 Located in the Southern part of the Maltese Islands, the seaside resort of Birzebbugia has long been a favourite get-away for the Maltese. Since 1436 Birzebbugia fell under the jurisdiction of the Parish of Gudja and it was only in 1913 that Birzebbugia was recognised as a Parish in its own right. It also incorporates the nearby villages of Hal Far, Binghasa and Kalafrana.In 1913 when it was established as a Parish, the population was around 1,000 people and by 1961 this had grown to 5,239 and current estimates of the population of Birzebbugia stand at C. 8,000.

The name "Birzebbugia" is related to the olive trade since in Maltese, olives are called "zebbug". Since the Middle Ages, olive groves were abundant in this area. Many maintain that 'Birzebbugia' is the result of the transformation of the words "Bur" "Zebbug" - which means land of the olives. Another interpretation is that 'Birzebbugia' meant 'Bir Taz-Zebbug' i.e. a well of olive oil. Whatever the real reason, it is clear that Birzebbugia has always been associated with olives although today the olive trees are noticeable by their absence!
Posted by Dina at 7:45 AM 8 comments:

more from inside the silent city 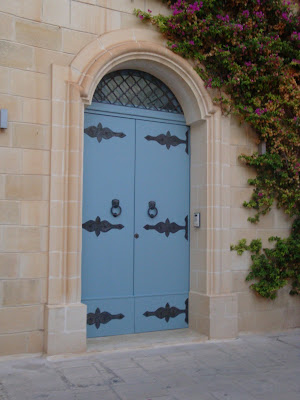 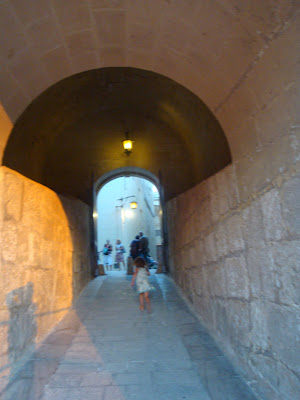 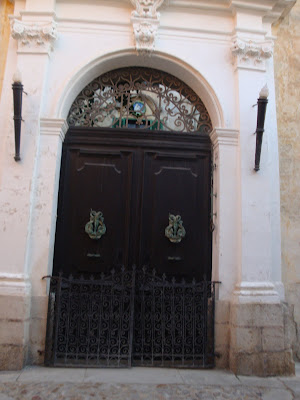 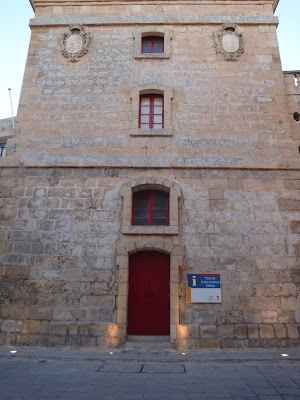 Views from inside the silent city .... 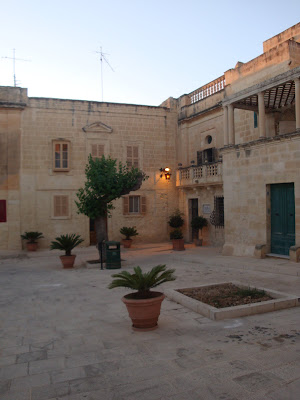 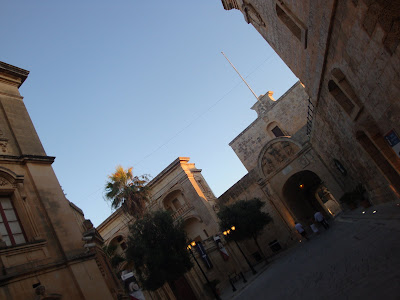 Behind those handsome bastions sprawls a graceful and elegant city.
Posted by Dina at 9:57 AM 2 comments: