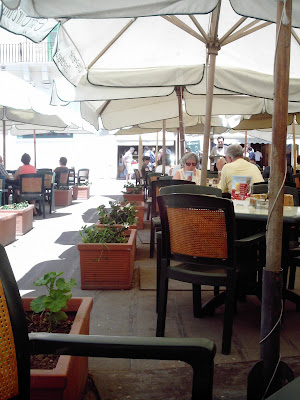 Once you come to Malta in either July , August or September and take a trip with one of our buses to Valletta it is a must to have lunch here at one of the many cafeteria's/restaurants found in the main road. Most of my relatives that come from abroad always stop here for 'pastizzi' (either filled with peas or rikotta). mmmmmm and not to forget a long cold drink. Let's face it you will need the drink to make up for the heat and the 'pastizzi' .... well......to enjoy !
Posted by Dina at 2:31 PM 1 comment: 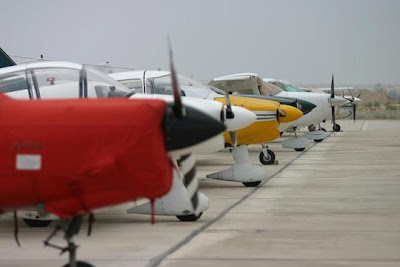 26 light aircraft from seven European countries will be taking part in the International Air Rally of Malta this weekend.

Photo and information taken from our local newspaper which is found on line.
Posted by Dina at 7:08 AM 1 comment: 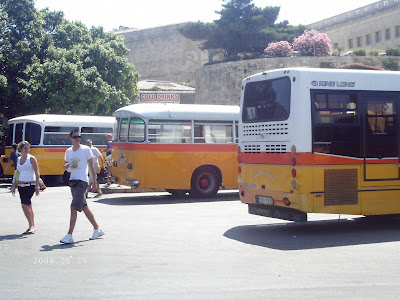 The heat is steadily increasing every day!! yesterday was practically unbearable already. It's so hot that one can go swimming even as late as 8pm!! and will not feel an inch of cold!! Photo was taken on a very hot morning , this is the Valletta bus terminus, it's where all the buses from around Malta stop.
Posted by Dina at 7:34 AM 3 comments: 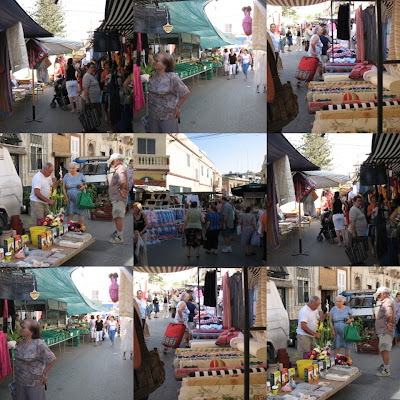 This lady here was selling fresh eggs, potatoes from her farm and onions. She also had capers, mint and basil plants. 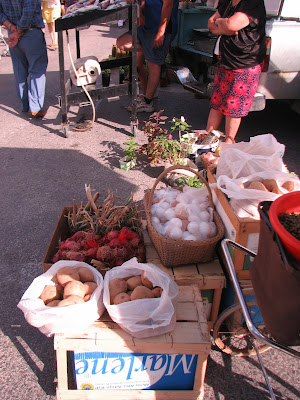 more colours from our market 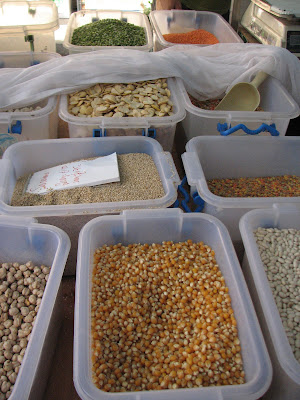 Colours of the market.

A photo from our local market this morning. I love the colours! 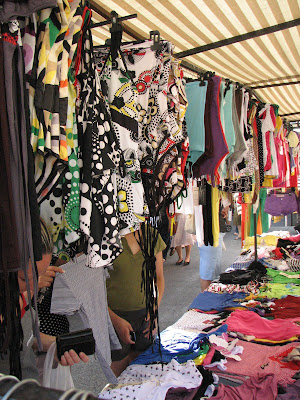 Sunset over Birzebbuga no 2 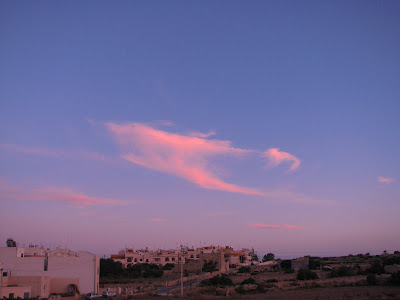 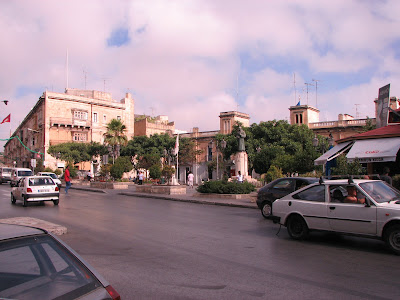 and opposite the square there is the a very old building which has been neglected for years and now is home to many pigeons. I believe that the place at the bottom is a functional bar. 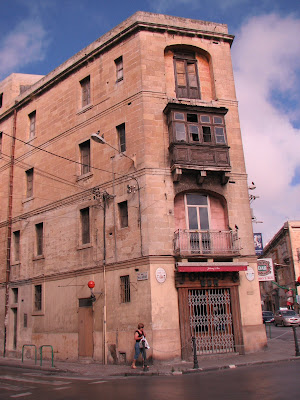 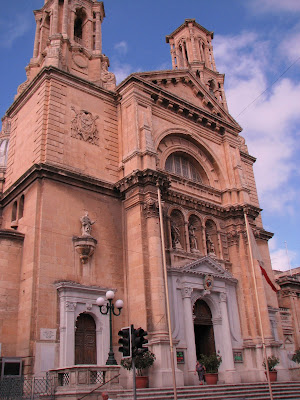 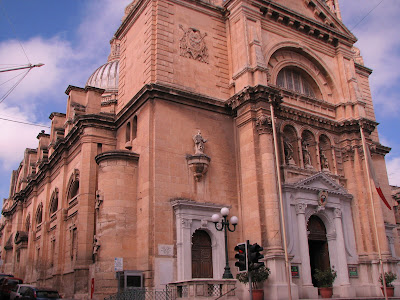 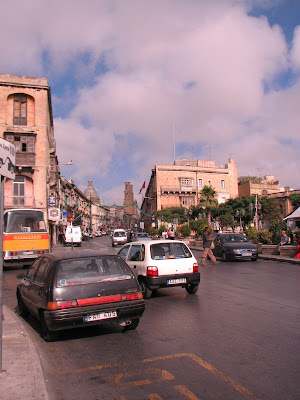 The villagers are traditionally known as Tas-Sikkina (literally meaning 'of the knife' or 'those who carry a knife') or as Ta' Werwer (which literally means 'those who scare' or more colloquially, 'the scary ones'). This appellation presumably stems from the trouble that the local football club, Hamrun Spartans, was known for or that a considerable number of Hamrunizi used to work as stevedores on the docks and thus carried a knife at all times.
Posted by Dina at 11:10 AM 3 comments:

A few weeks ago I visited the Malta Chamber of Commerce and in the central courtyard of this beautiful building there was an art exhibition. 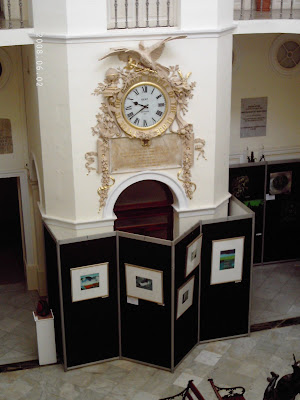 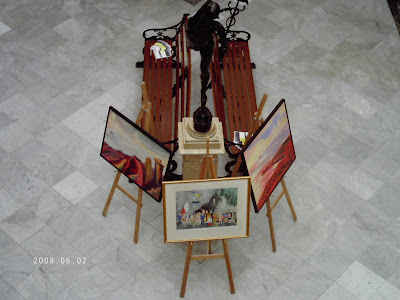 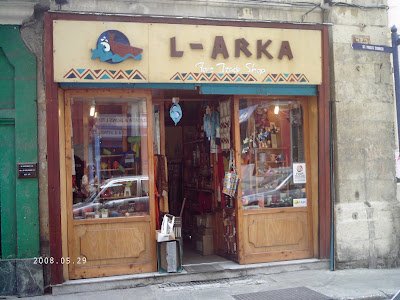 Fair trade is an organized social movement and market-based approach to alleviating global poverty and promoting sustainability. The movement advocates the payment of a fair price as well as social and environmental standards in areas related to the production of a wide variety of goods. It focuses in particular on exports from developing countries to developed countries, most notably handicrafts, coffee, cocoa, sugar, tea, bananas, honey, cotton, wine, fresh fruit, and flowers.

Fair trade's strategic intent is to deliberately work with marginalized producers and workers in order to help them move from a position of vulnerability to security and economic self-sufficiency. It also aims at empowering them to become stakeholders in their own organizations and actively play a wider role in the global arena to achieve greater equity in international trade.

Like most developmental efforts, fair trade has proven itself controversial and has drawn criticism from both ends of the political spectrum. Some economists and conservative think tanks see fair trade as a type of subsidy. Segments of the left criticize fair trade for not adequately challenging the current trading system.

In 2007, Fair trade certified sales amounted to approximately €2.3 billion (US $3.62 billion) worldwide, a 47% year-to-year increase.[1] While this represents less than one hundredth of a percentage point of world trade in physical merchandise,[2] fair trade products generally account for 0.5-5% of all sales in their product categories in Europe and North America.[3] In May 2008, over 1.5 million disadvantaged producers worldwide were directly benefiting from fair trade while an additional 5 million benefited from fair trade funded infrastructure and community development projects.[4] (all the information was extracted from wikipedia).

This is now also found in Malta and is situated in Valletta, so for the Maltese next time you go to Valletta take a trip down st. Paul's Street and have a look at what they offer.
Posted by Dina at 7:04 AM 4 comments: