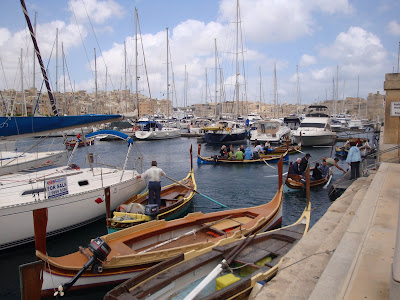 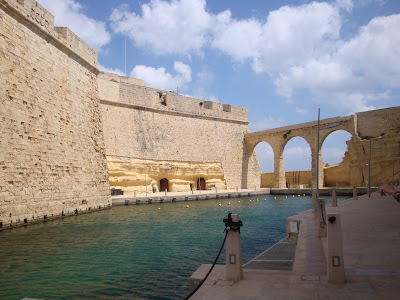 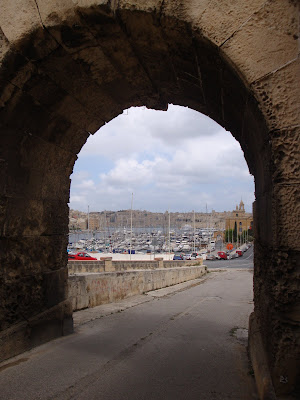 After the taking of Malta by Napoleon in 1798, and his eviction by the Maltese, the British were invited to Malta and the British Navy made Birgu its base in the Mediterranean, and remained there until 1979.
Posted by Dina at 6:09 PM

Wonderful post on Birgu and great photos as well! Especially the one of the Lupanara Bistro as that is where our wedding will be this summer :o)
Though there are new owners now and they will be changing the name and everything there now that they have taken over. They seem to be very nice

What history and how wonderful to live near it! It's beautiful.